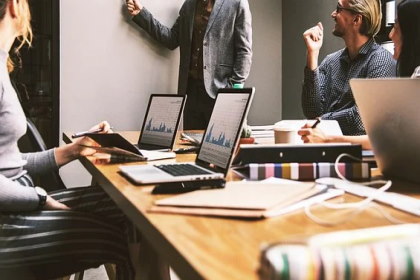 There are four things businesses should focus on:

The first goes back to the labour. We need to re-look at our labour contracts and our labour laws to be able to support this type of environment,  so that we can move to a more performance-based environment.

In order for that to happen, we’ll have to go look at each function that employees perform and put measurables against that, and even a price tag against that.

The employee needs to have full control and full visibility over these factors. So you’re going to have to get to very modular types of tasks, which can be priced, and have a minimum contracted level of each of those tasks.

And once you get to that point in time, then the labour component will be much more streamlined, but of course labour laws in this country doesn’t allow for that kind of implementations: with certainly industries, you can, but others, it becomes more difficult to implement.

They don’t need so much bandwidth again to support the applications that run in your environment as well. And what we also see that is becoming a reality is that companies are no longer going to house the majority of the services that they consume are then going to rely on the partners to do that.

The other two parts go back to the whole measurement environment. They need to make sure that they have tools that can help measure the human performance, as well as the technology performance and then to accommodate this whole change in operations and costs.

Did you enjoy this blog post? Check out our Remote Working In South Africa series here:

What Benefits Can Businesses Expect When Implementing Remote Working?

Introducing The Latest Features of RMS

Our Predictions For The SA ICT industry in 2021