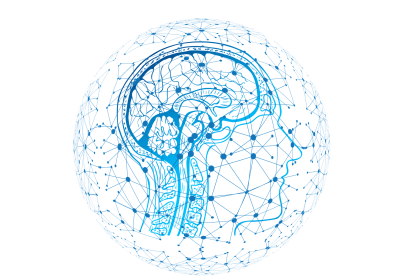 This, obviously, pertains to the whole Coronavirus, what it has done to the world and how it’s being addressed now, going forward. The biggest thing that we are seeing, that’s becoming an issue, is the whole ability to communicate. You would traditionally see people as a means of communication, which includes face-to-face communication, body language, touching etc. That is obviously all falling away at this point in time. Communication is becoming a very important aspect of remote working and unfortunately, what we’re seeing is the lack of communication that currently exists.

If you look at the three principles of communication, which is sharing enough information to understand, being as open as possible and not to take things personally. Those are the things that have always been challenged when it comes to communication and they still seem to be manifesting at this point in time. It is paramount that people need to get past that point.

So trying to get the behavior change is a critical part, so much so in our company, we are actually going through an exercise at the moment, where we are focusing on culture to try and reiterate what our culture is, so that we can get away from the traditional way people feel when it comes to doing business, communicating and addressing those three principles.

So the one part definitely is that there is a greater need for communication and the need to teach people to communicate is becoming important.

The second thing that we’re seeing happening at this point in time is the whole morale of people, how that’s changing and how that’s affecting people.

With people operating in primarily cocoon types of environments, it’s becoming very difficult. Traditionally, you have two types of people: introverts and extroverts. Many people get a bit confused as to what that means. An introvert is not somebody that keeps to himself, but rather somebody that builds up energy by being alone. It’s about where you get your energy from. An extrovert gets energy from being with other people. So, what we are finding is that the people that are traditionally extroverts by nature are struggling a bit, and it’s starting to have a ripple effect.

If you look at some of the articles that have been written worldwide about the effect of being isolated, you see that there is definitely an incline of depression, suicides and also how it’s affecting the youths’ growth. If you think about a typical person that’s under the age of 18, that’s busy going through their school career, they go through a process where they’re learning to socialise as well. Now, with you taking them out of that environment, it’s becoming very difficult for them to learn those skills. And that in itself is already causing a negative effect on the growth of people. And unfortunately, it’s also creating a increase in the suicide rate of under 18 year olds.

And of course this has a ripple effect then again onto the parents because the parents now can see that the children aren’t getting the stimulation and growth and learning the skills to interact with people. And that’s having an effect on them as well. So there’s also a big point around the morale that we see is becoming a key area that needs to be addressed.

So we are definitely seeing a loyalty effect on this whole process as well. And I think that’s because people start to become very much cocooned and living in their own environment; their own environment becomes their world kind of thing. It’s no longer the bigger world.

Key person risk mitigation is becoming important in the process of remote working reshaping the world. A lot more focus needs to be placed on key people within the company to ensure that they are not left behind or lost during the reshaping process.

Key people within a company, those who are vital to the business’s operations, need to identify individuals who have the potential to become key players in the company as well. These employees who display potential need assistance in growing to become key people themselves. The focus needs to shift to managing key people, and this includes having them as team leaders to manage other environments and to bring them into the environment. They can no longer be a reliance on the HR environment as the only means of looking at the sustainability of your core health, if you can call it that.

Those are the real main key aspects that we are seeing in the reshaping of the world with regards to remote working.

Did you enjoy this blog post? Have a look at our Remote Working In South Africa series here:

What Benefits Can Businesses Expect When Implementing Remote Working?

How Can Businesses Prepare For a Reality of Remote Working?

Introducing The Latest Features of RMS